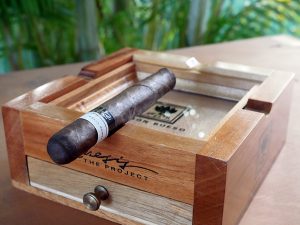 If this name doesn’t mean anything to you, Ramon has been a major player in the cigar industry since 1977 as he worked his way through growing to rolling, becoming a master blender and factory supervisor. END_OF_DOCUMENT_TOKEN_TO_BE_REPLACED

Wanting to add another Cuban to my humidor but not wanting to spend a lot, I found the H Upmann Half Coronas. This varient was only released in 2011, yet has become a popular stoagie for cigar lovers.  Starting with the nose, there’s that unmistakable musty / floral scent of a traditional Cuban. This was […]

There are a number of cigar brands considered to be ‘luxury cigars’. These brands have been consistently producing quality cigars that are well presented, well marketed and go for a higher price. One brand I’ve had my eye on for a long time is the Gurkha range. Recently I bit the bullet and purchased a […]

With the exception of my Jack Daniels and Coke days (a common drink for teens new to nightclubs in the early noughties), bourbon hasn’t really been part of my repertoire. But as I’ve been exploring the world of malt whiskies, through tasting nights with the Queensland Malt Whisky Society and my own explorations for something […]

I was looking through some of my old notes from uni and came across this feature article assessment. At the time of writing, the Beijing 2008 Olympics had come to a close and the history books were being updated with all the new world records, Including Ussain Bolt’s significant beat of the 100 metre and […]

In a short space of time a close friend and my brother in law both found themselves with babies on the way. Naturally, my contribution to this happy time was the traditional congratulatory cigars for the new fathers (I’ll talk later about some of the lesser known cigar/new baby traditions). I thought it was a […]

No matter how long delivery takes, it’s the two to three days I force myself to let new cigars settle in the humidor that I find the hardest. These Reserva Especial Robustos from J.L. Salazar y Hermanos are considered a typical handmade, box-pressed cigar made from a variety of Cuban-seed Habano leaf aged for three […]

My latest purchase, a box of the Romeo Y Julieta Milli Fleur petit coronas, arrived the other day. After a patient couple of days leaving them to rest in my humidor, they’re finally ready for a sampling. Now the manufacturer does recommend ageing for around three years, which I will do with a couple, but […]

It’s unfortunate case for the very best products that they miss review, usually because they are so appealing, you find yourself impatient to consume before reflection. After 24 wonderful wonderful Connecticut Yankee Churchill Cigars from Victor Sinclair, I’m finally taking the time to really think about and review the last of the box. I initially […]

They say a plumber’s pipes leak… an electrician’s house needs re-wiring… and a copywriter’s blog could always use more content. While I am planning on doing a lot more writing (and posting) this year, I felt it’s worth mentioning that most of my content appears elsewhere. Mostly in client work through my day job at […]