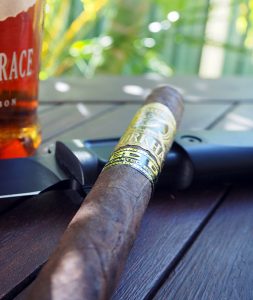 There are a number of cigar brands considered to be ‘luxury cigars’. These brands have been consistently producing quality cigars that are well presented, well marketed and go for a higher price. One brand I’ve had my eye on for a long time is the Gurkha range.

Recently I bit the bullet and purchased a box of the Gurkha Special Ops. Now, Gurkha cigars are also known for their packaging, so this box actually came in a hard case, 60 cigar travel humidor, with a complimentary field knife… and a commemorative coin. Not bad inclusions when you’re also getting some rather hefty cigars.

The cigar themselves are made with a mix of Dominican and Nicaraguan leaf, both of which I’m quite fond of, wrapped up in an aged Connecticut Broadleaf.

Before lighting, these cigars are quite dark in colour, like dark chocolate or old leather. There’s also a noticeable old leather smell to them, with other robust scents like roasted coffee beans and earthy spices.

On first lighting those earthy notes pack quite a punch. Initially the smoke is a little dry and bitter, but it soon smooths out and brings some wonderfully thick plums of white, earthy smoke.

While the main body is quite smooth and easy to smoke, you can pick out some subtle, earthy flavours. Think of Arabica espresso, dark bitter chocolates, pepper, turmeric, and other root based spices. While some cigars can be quite floral, the Gurkha Special Ops keep their feet firmly on the ground.

The cigar itself does burn well, but as a full-bodied Churchill, this is an endurance cigar that takes the better part of two and a half hours to smoke. I can handle some heavy cigars, but to finish one of these even I start to get a bit of a tobacco head-spin if I don’t pace myself. The hard part then is smoking it steadily enough that you don’t overdo it, while not letting it go out, which I tend to do at least once with each session on these.

I definitely rate the Gurkha cigars, and I’d be keen to get my hands on some of their other releases. Now that I know that the hype matches the quality I can focus on the more subtle rolls and not get distracted by all the fancy inclusions. 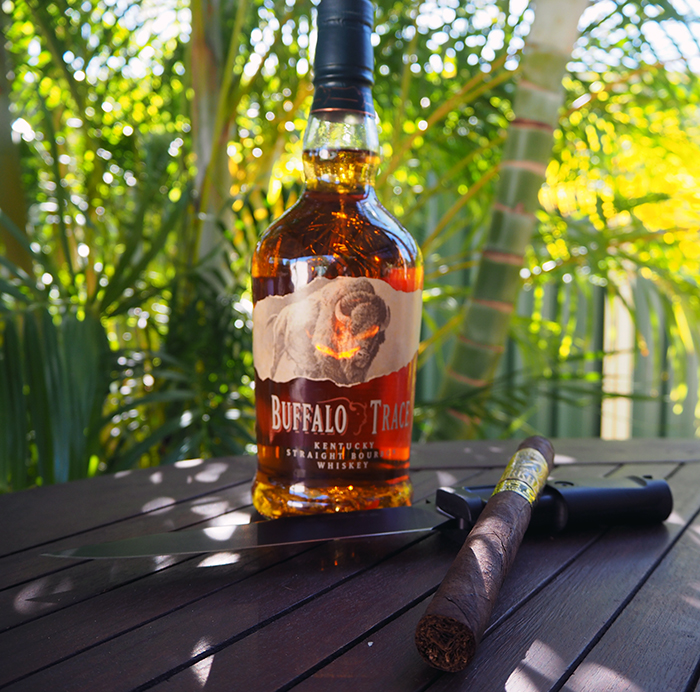 For a regular cigar smoker, I’d still recommend pairing the Special Ops with sweeter or more floral drinks, like bourbon or fortified wines (I went for Buffalo Trace Kentucky Straight Bourbon). For occasional smokers, this is something that would go well being passed around a group for a celebration – but not for an inexperienced one-man sitting.

All in all, they’re a great introduction to the lower end of a premium range.