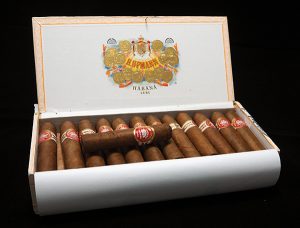 Wanting to add another Cuban to my humidor but not wanting to spend a lot, I found the H Upmann Half Coronas. This varient was only released in 2011, yet has become a popular stoagie for cigar lovers.

Starting with the nose, there’s that unmistakable musty / floral scent of a traditional Cuban. This was accompanied with smells of cocoa and a faint sweetness.

Lighting evenly, and burning relatively consistently without the need to relight, the first flavours differed somewhat to the initial nose. You find a very subtle spicyness, along with a kind of light pine, cedar flavour nestled within impressive plumes of soft white smoke. 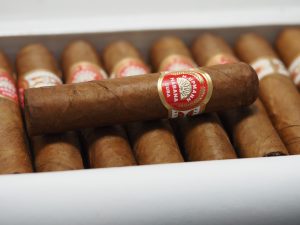 A relatively short cigar, I thought I’d try this as a breakfast smoke with my morning coffee. The Upmann brought out the more earthy, nutty flavours of the coffee, making for a smooth pairing with neither overpowering the other.

As the smoke progresses, the spicy notes become more pronounced, bringing out the coco that was on the nose, and even a burnt honey sweetness.

Considering its light flavours, I’d be interested to pair it with a soft Merlot, a smooth aged scotch or Cuban rum… not all at once obviously.

For a short cigar it still takes you on an impressive journey through a range of light flavours. While suitable for smokers relatively new to the world of Cigars, you still wouldn’t be embarrassed to present it to a true aficionado. 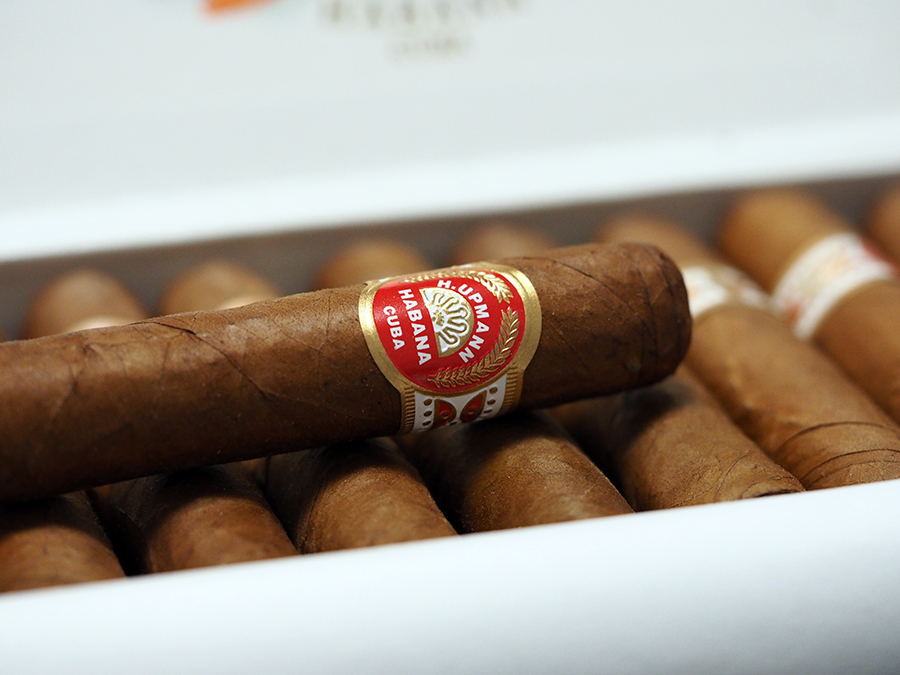 At just 3.5 inches with a 44 ring gauge, the half corona is a great sized smoke for when you want a quality cigar, but don’t have over an hour to spare. Think of it as a breakfast cigar, or a social celebratory cigar when you’re amongst friends who aren’t necessarily big smokers. It’s also handy for when you want to nip away for a cheeky smoke.

There is one drawback to this cigar’s size – the temptation to smoke a couple in one sitting.