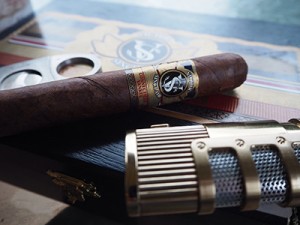 It’s unfortunate case for the very best products that they miss review, usually because they are so appealing, you find yourself impatient to consume before reflection. After 24 wonderful wonderful Connecticut Yankee Churchill Cigars from Victor Sinclair, I’m finally taking the time to really think about and review the last of the box.

I initially picked these cigars out to try something different. They feature a Connecticut grown Havana seed leaf, which is not common due to it being neither a broadleaf or shade grown. This was combined with a long filter made from a premium blend of aged Nicaraguan and Dominican leafs.

When I first opened the box I was impressed by the bouquet, a soft spice aroma with definite toasty, almost chocolate notes. The cigars themselves hold a dark, somewhat rustic look that I always appreciate. If the cigar is too perfect it looks machine made. 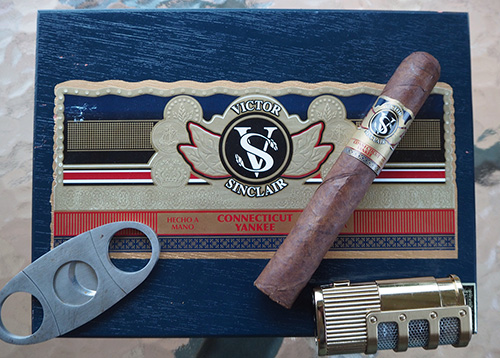 On lighting the cigar matched its “medium bodied” description, with very faint notes that could almost be missed if paired with a strong whisky. It attracts your attention to pick up the initial spice and underlying earthy flavours. It’s really hard to put a label on some of these, but cinnamon pops up from time to time.

While some cigars will evolve through the smoking, with different flavours becoming evident in the second half, the Connecticut Yankee is a consistent smoke. The only real difference I started to pick up towards the end was the spicy flavours started to collect a little more zing. 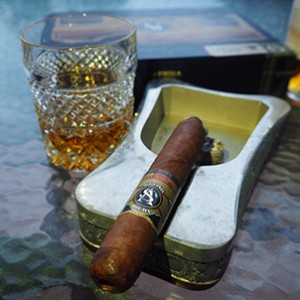 Most of these cigars were a good easy draw, though after smoking the entire box (not all at once obviously) sometimes it would go out if you left it resting too long. Though a re-light would always get it going nicely again.

While I’m all for variety, this is a cigar I’d be willing to order again, but I’m also keen to see what else the Victor Sinclair crew have to offer.

Best paired with a smooth, sherry barrel aged whisky or a Pinot noir.