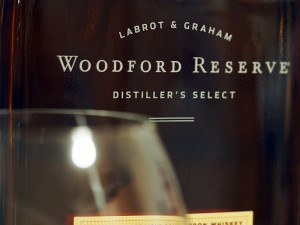 With the exception of my Jack Daniels and Coke days (a common drink for teens new to nightclubs in the early noughties), bourbon hasn’t really been part of my repertoire.

But as I’ve been exploring the world of malt whiskies, through tasting nights with the Queensland Malt Whisky Society and my own explorations for something to pair with a good cigar, I’ve been meaning to delve into the finer bourbons coming out of America today.

It was the distiller’s edition of Labrot & Graham’s Woodford Reserve that caught my eye for a first serious taste. Being a small batch bourbon whiskey, from an historic distillery that started in 1780, it shared many of the appealing features of my favourite Scottish distilleries. 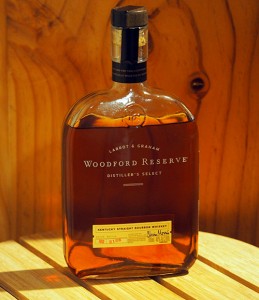 Used to more of the golden or caramel colours of Scotch, I was impressed with this Kentucky straight bourbon whiskey’s wonderful honeyed amber colour. I know you might say caramel is an amber colour, but somehow this leans more towards the colours of autumn – brown leaves and shuttered wooden doors against the coming cold winds.

On the nose, you get more of those autumn scents, with the smell of dried fruits, cinnamon, oak, and a few tobacco notes. There’s even a little bit of citrus in there if you swirl it around in the glass, carried by a strong ethanol scent, unusual for something marked with just 40% alcohol volume.

Keep in mind my last drink of bourbon was something hard hitting, sweet, and obvious. So, imagine my surprise when the Woodford Reserve turned out to be quite soft and subtle on the first taste, in spite of the strong ethanol on the nose.

I was bracing myself for something totally different, so I had to change my approach to  pull anything out of the glass. This bourbon has been triple distilled, which is certainly evident, so perhaps it should be taken to like a smooth Irish whiskey.

Relaxing and letting the flavours open up, you can find a thin sweetness with more of those preserved fruit flavours. That cinnamon is still there, but it now carries hints of cocoa, vanilla and rye.

The finish is not incredibly bold either. As the sweetness dissipates, it leaves you with soft tobacco and dry leather flavours. It’s an incredibly easy bourbon to keep sipping at and the tobacco notes leave me curious as to how this will pair with a medium bodied cigar. 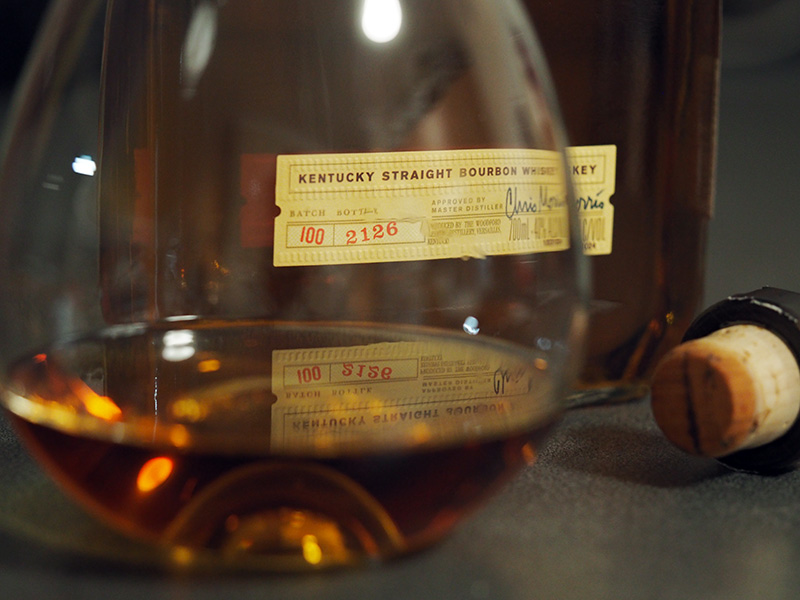 Although the taste and finish doesn’t match the wafting ethanol you get on the nose, there is a definite warmth in your chest after you’ve made your way through the first glass. I think this was a good segue into the bourbon world, though I’d like my next fine bourbon to be a little bolder.